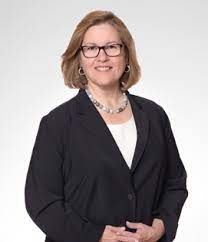 Ms. Scarpelli is a Patent Agent at Fiala & Weaver P.L.L.C. Her practice focuses on drafting and prosecuting patent applications.

Prior to joining Fiala and Weaver, Ms. Scarpelli developed her patent prosecution expertise while working with three intellectual property law firms in Chicago. There she worked on patent prosecution in domestic and international settings. Ms. Scarpelli brings more than 10 years of experience in engineering roles to her work as a patent agent. She served as a systems engineer at Lucent Technologies, earning the Bell Laboratories President’s Gold Award for Innovation, Technical Excellence, and Business Impact. She also worked as a cellular radio engineer at Ameritech Cellular and began her career as a research and development assistant at Fermi National Accelerator Laboratory.